Share your interests, have a laugh or discuss anything not related to Death Valley
Post Reply
12 posts • Page 1 of 1

I've just returned from a three week trip to Ethiopia. While much of the country has little in common with Death Valley, there is actually one area, in the extreme northeast which holds the record for the highest average temperature. Yes, Death Valley holds the all time maximum temperature, but the average is an entirely different matter, and apparently the Danakil Depression [ https://en.wikipedia.org/wiki/Danakil_Desert ] wins that contest. When I was there, the temperature peaked at 46C (115F), which is quite the thing for November. From what I heard, in the actual summer months, its not unusual to get much much warmer. Its also quite competitive in the 'lowest' elevation race, bottoming out at 80 meters (260 ft) below sea level, with its own massive salt pan, which is significantly larger in area than Badwater. Oh, and its got active volcanoes too, with one of the world's few active lava lakes. 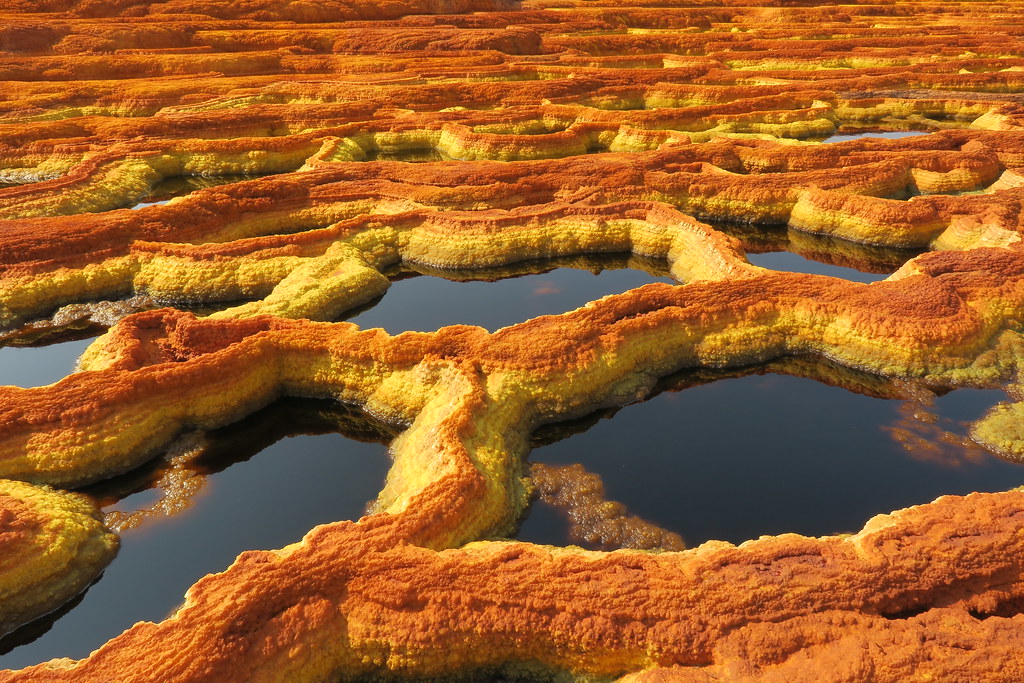 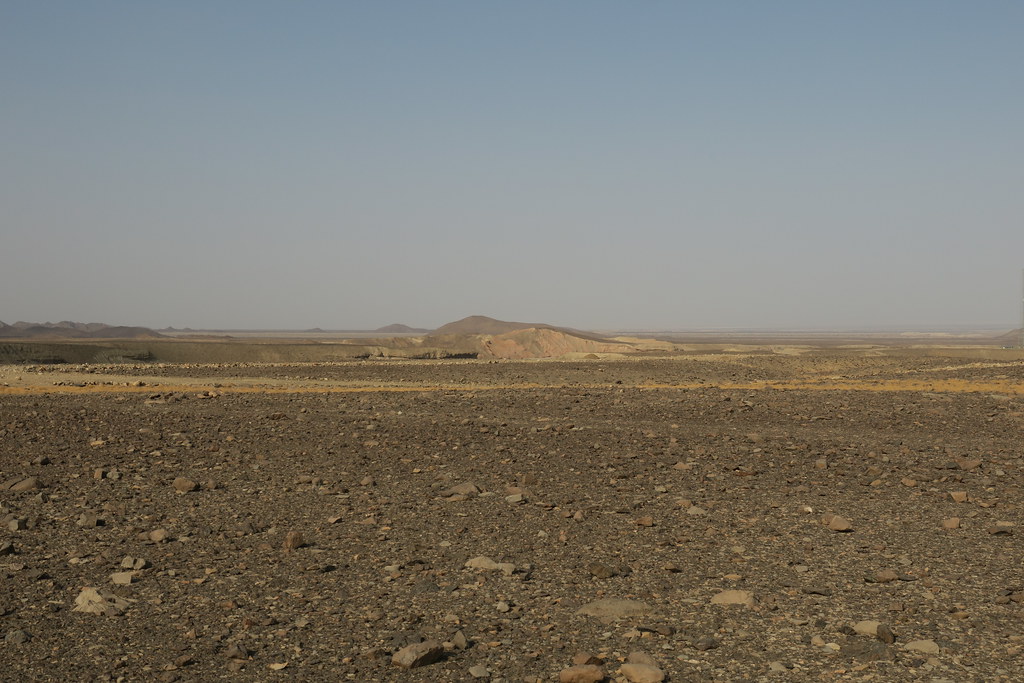 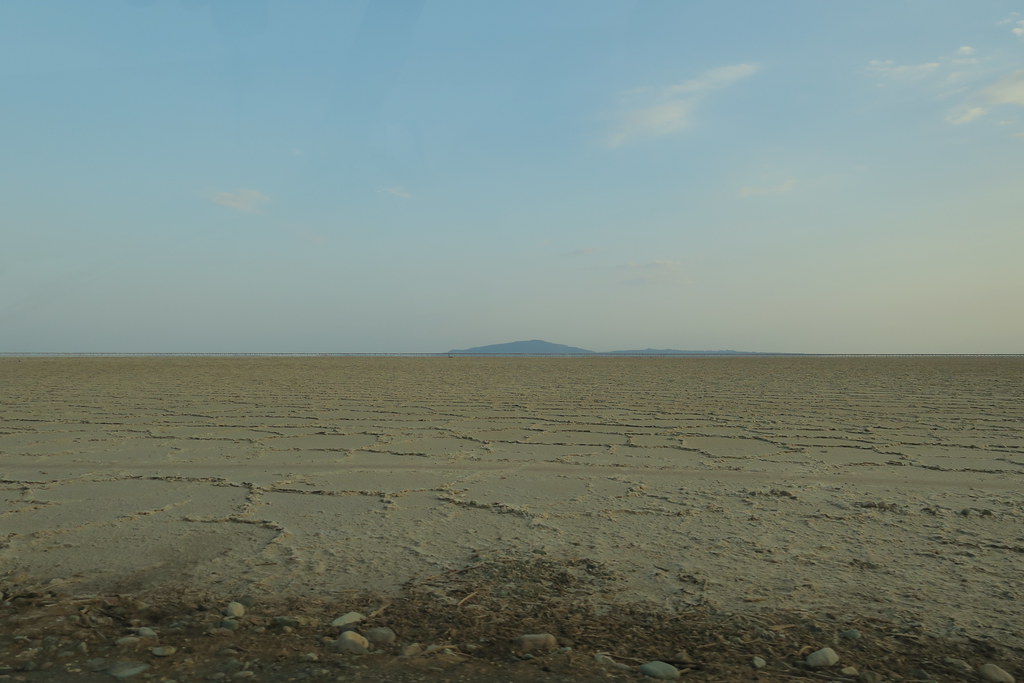 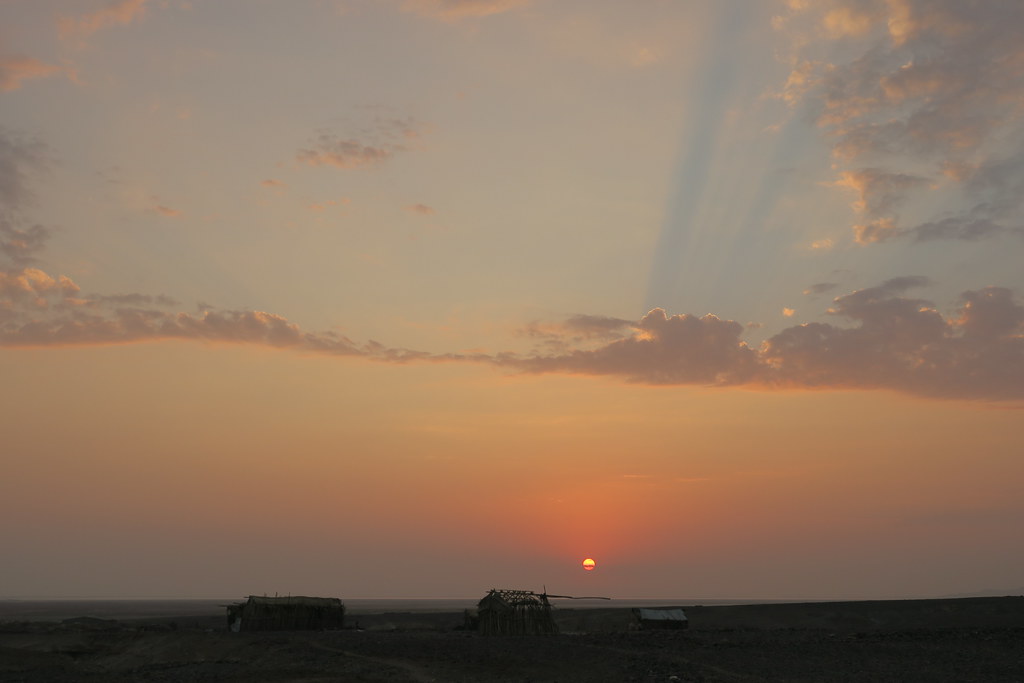 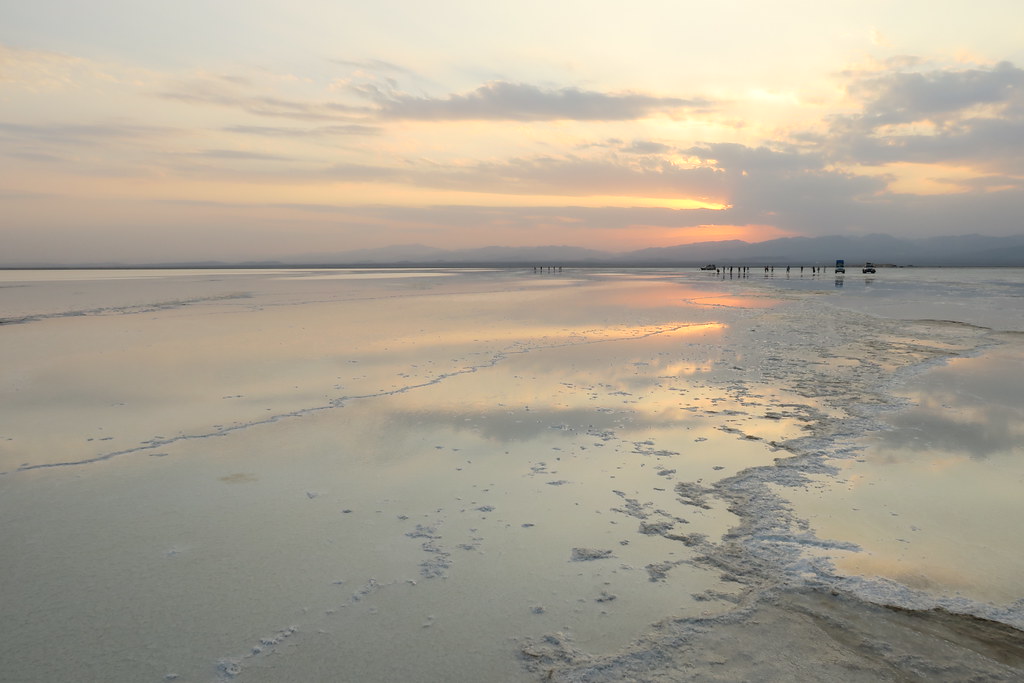 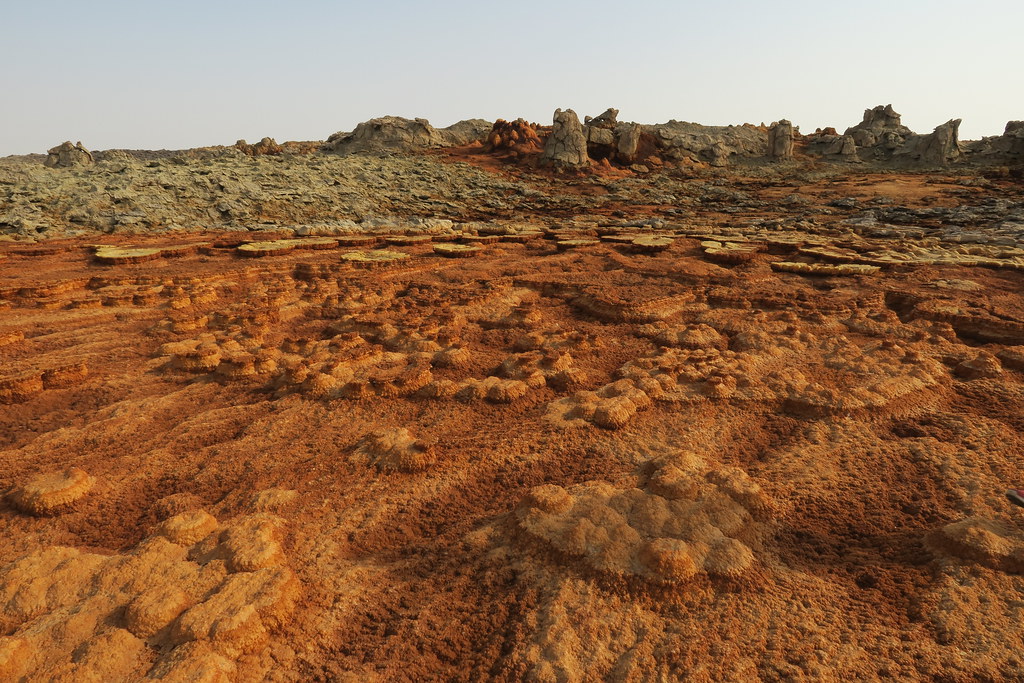 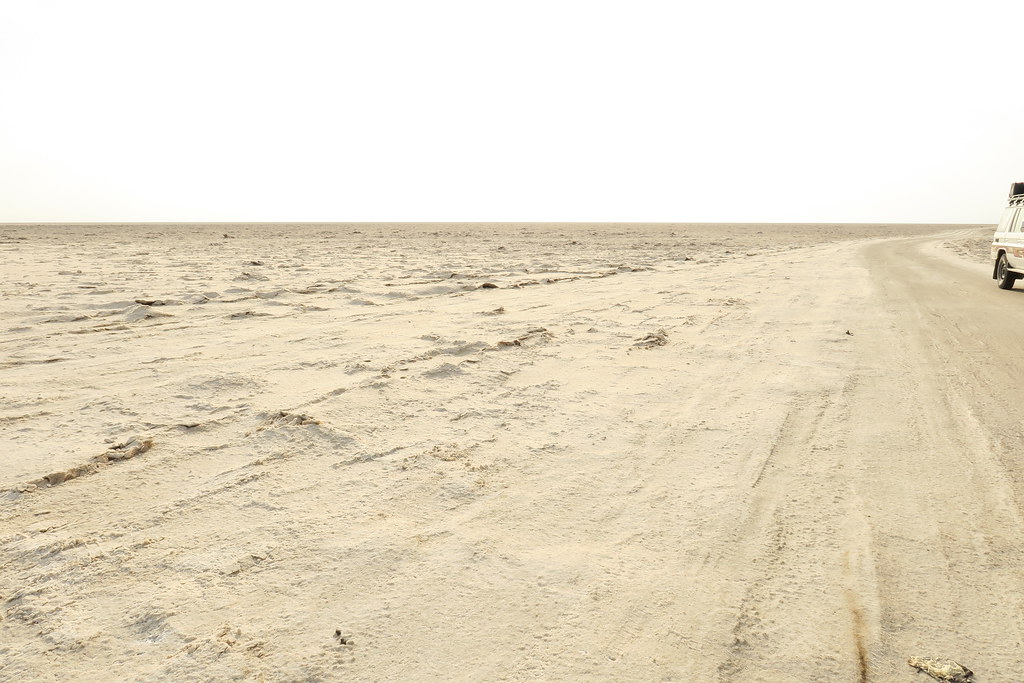 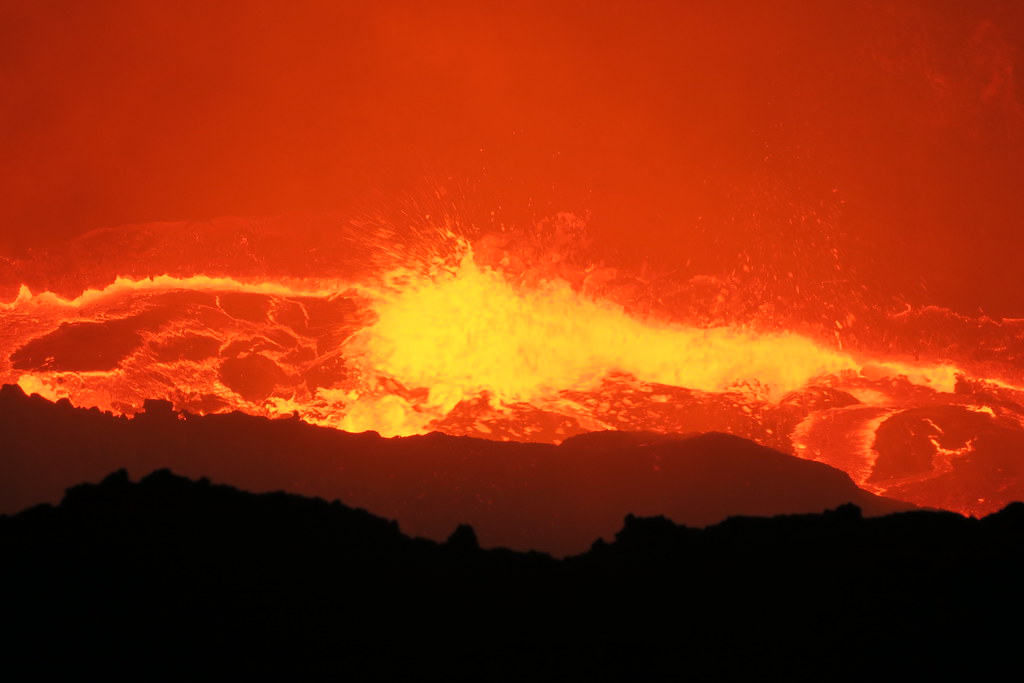 my shoes are melting 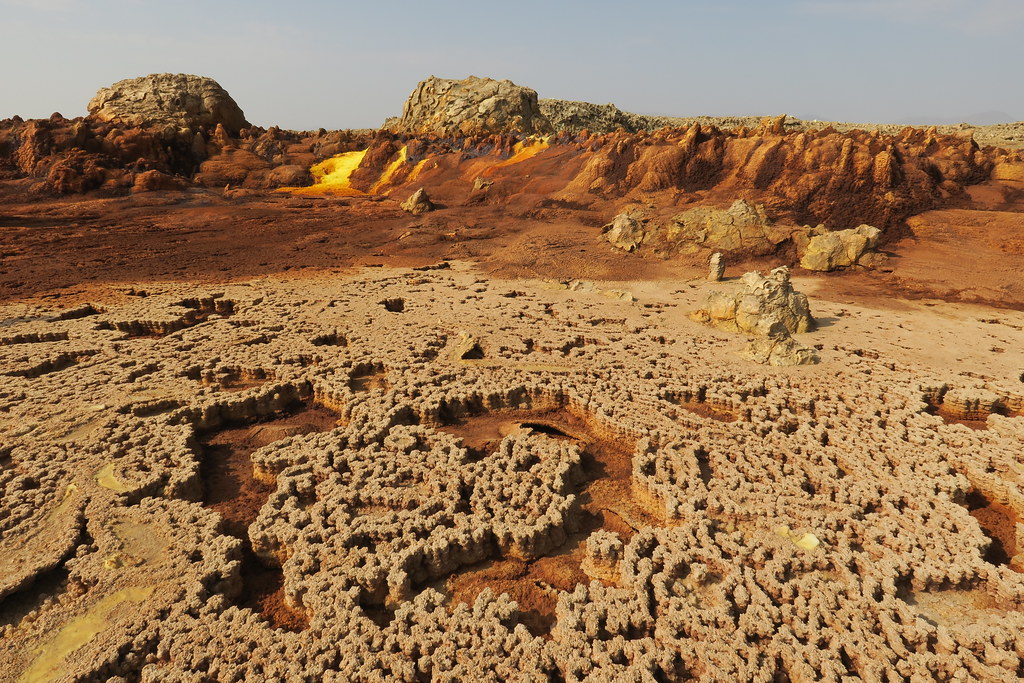 smells worse than it looks 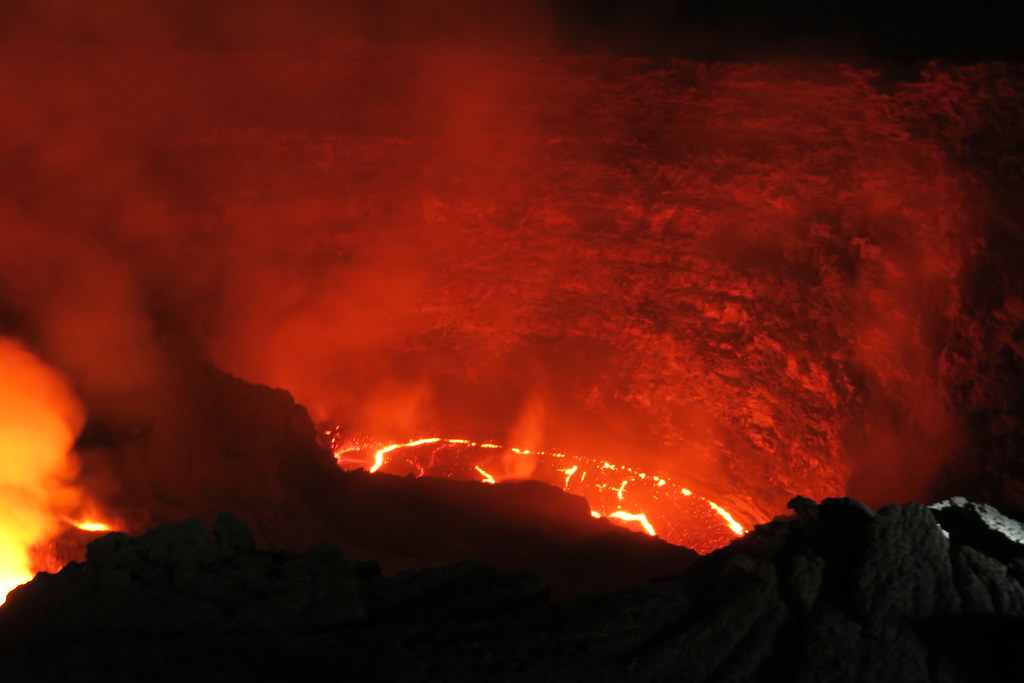 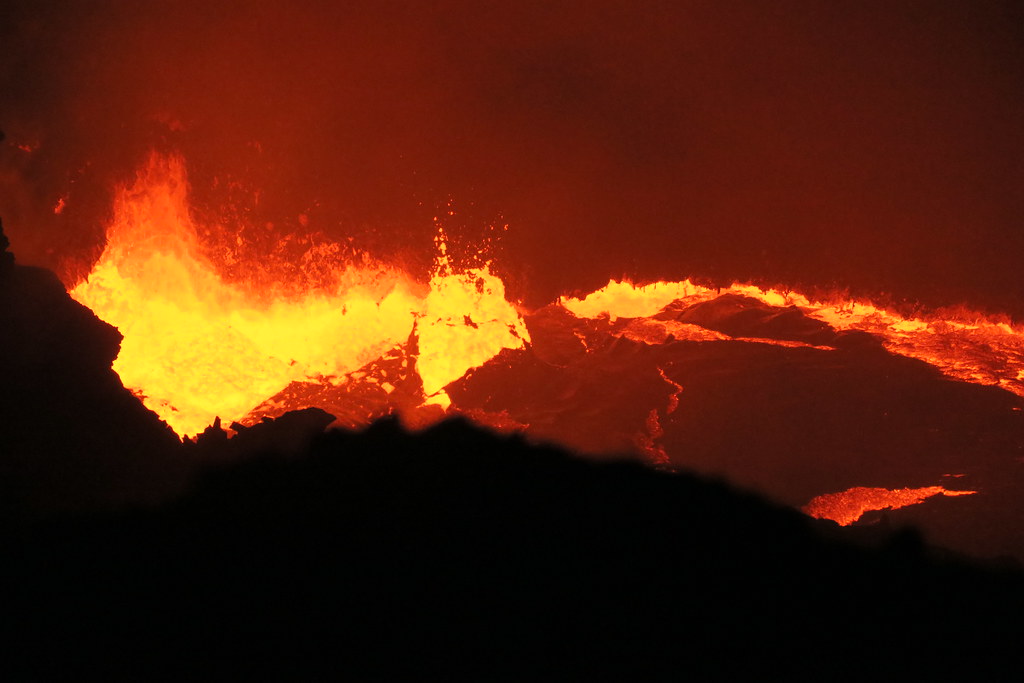 Definitely was one of the more surreal places I've ever been, but I was also reminded of Death Valley quite often.
Top

Thanks for posting about your adventure in Africa!
Life begins in Death Valley
Top

Great shots! Its summer temps are very similar to Furnace Creek, but it doesn't cool off nearly as much in the winter--average January high is 97.

For lowest elevation, nothing competes with the Dead Sea, Israel at -1412 ft. 2nd lowest is Lake Assal, Djibouti at -509.
Top

I am quite envious of you for visiting one of the world's most unique and fascinating places!
Check out my reports and informative ramblings at http://dvexplore.blogspot.com
Top

Great pics, especially the volcanic ones. It does make me wonder how many other terrific deserts are out there.
Top

bbb wrote: ↑
Sat Dec 02, 2017 9:41 pm
Great pics, especially the volcanic ones. It does make me wonder how many other terrific deserts are out there.

Looked like a great trip for sure, I'd be interested in hearing more about how you planned the trip and more about other deserts that are on your to do list. I spent a week in Sinai a long time ago, I hope it gets safe enough to visit again in my lifetime.
Top

shane wrote: ↑
Sun Dec 03, 2017 10:28 pm
Looked like a great trip for sure, I'd be interested in hearing more about how you planned the trip and more about other deserts that are on your to do list. I spent a week in Sinai a long time ago, I hope it gets safe enough to visit again in my lifetime.

The research phase was a combination of reading old trip reports, reddit's travel sub, and wikivoyage pages. After that, I needed to find a reliable tour company, as its not possible to rent a car in Ethiopia, and its incredibly inefficient travelling long distances overland (bad roads, long distances, etc). I read a crazy number of tour companies reviews on TripAdvisor, and worked that down to 5 that sounded best. I contacted them with my list of stuff that I wanted to do & see, and asked for quotes.
Even if I decided that I was willing to tolerate overland travel, and figuring it out once I got there, the Danakil portion of the trip would have required a tour company regardless. Its considered a restricted area by the government, and only authorized tour companies are permitted to enter the region. And all of those tours have at least one armed guard, because there are some security issues in the region. A few years ago, several European tourists out there were kidnapped by the local Afar tribe, and several were shot dead. The Afar really don't like surprises (and random foreigners in their territory is about the worst surprise), so they freaked out and decided to kill the interlopers.
As a result, the entire Danakil portion of the trip was a very closely orchestrated group tour, of 4 days & 3 nights. We started off with 5 Toyota Landcruisers, but by the end, there were 7, each with 4 passengers and a driver. There was a cook for the entire caravan who cooked breakfast & dinner each day. We went to some truly awful 'restaurants' for lunch, which served bland pasta with boiled vegetables (because they seemed to think that was preferable for Western tourists to the absolutely fantastic traditional Ethiopian cuisine). The first night, we slept about 50m below sea level, outside on foam mattresses. Other than being miserably hot, it wasn't a bad experience. The second night was in a 'guesthouse' run by a family with 3 kids (under the age of 10) in a small town. It was more of a hostel than a guesthouse, with 5 concrete rooms (with a door & small window), with foam pads on the floor for sleeping. It was much cooler at night, but sleeping on concrete wasn't fun. The 3rd night was special. We spent much of the day driving through a massive lava field (and there was no road, it was just bumping over lava for hours). At the camp, we had dinner, and starting at around 8PM, everyone started hiking the 10km (~6 miles) up the Erta Ale volcano. After spending a couple hours staring into the gaping maw of hell (the boiling lava lake), we walked about 100m(330ft) back from the rim of the volcano, where there were foam mattresses on the ground, with sleeping bags, and that's where we slept. I could clearly see the glowing lava against the sky & smoke plume from where I was laying. Other than having horrific nightmares all night of the volcano erupting, it wasn't bad. Then they woke everyone at 4AM for another look at the volcano, and then everyone hiked back down. The hike down was 10x worse than going up, as it was all high impact stepping on lava, and absolutely destroyed my feet & sneakers. Its literally been a full month, and the blisters on my feet have still not fully healed (but they are improving). After breakfast, we all got back in the Landcruisers, and bumped back over the lava, and drove much of the day back to civilization.

Last year, I spent a couple weeks exploring the Namib desert in Namibia, which might just be the most amazing scenery I've ever seen anywhere. A few years ago I drove all over Oman (on the Saudi peninsula), including driving about 5 hours across the 'empty quarter', which was definitely a fascinating, and mind numbing experience. I've driven through quite a bit of the Australian outback, which is definitely desert (I'm going back to do more of it next year). I saw the Kaluts in Iran earlier this year, which was a spectacular trip on many levels.

I'm tentatively planning to see the Sahara about a year from now, with a trip to Mauritania (plus some time maybe in Senegal). I hope to get out to see the Gobi desert (China/Mongolia) eventually, but I don't even have a clue when that will happen yet. There are a few deserts in central Asia (mostly Turkmenistan & Kazakhstan) that I'd love to get to, but its a challenging part of the world for numerous reasons (visas, lack of infrastructure, weather), so its been de-prioritized a few times. The Atacama desert of Chile & the Salar de Uyuni of Bolivia looks fascinating, I just need to find a good time to head down to South America again.

I'm certain there are a bunch of other deserts that I'm not even aware of which would be amazing to visit. I need more time.
Top

Thank you for taking the time to share these photos and words from your trip. Really intriguing stuff. Jumping over to your Ethiopia Trip Report now ... cheers!
Top
Post Reply
12 posts • Page 1 of 1